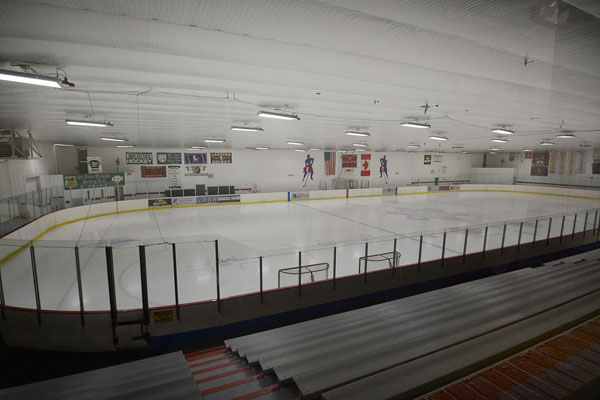 An East Coast investor that has been buying up skating rinks in the Chicago area has cut its fourth deal here, buying out the longtime owners of a facility in southwest suburban Crestwood.

Black Bear Sports Group said it has taken over the Southwest Ice Arena from the DiCristina family, which has owned the property since 1975. Chevy Chase, Md.-based Black Bear has been investing heavily in hockey rinks here, buying the Seven Bridges Ice Arena in Woodridge in 2016 and last year acquiring American Heartland Ice Arena in Lincolnwood and Center Ice of DuPage in Glen Ellyn.

With the rising popularity of youth hockey, skating rinks look like a growth sector. For the 2016-17 season, 31,574 Illinois players were registered with USA Hockey, the sport’s governing body, up from about 24,000 before the Blackhawks won the 2010 Stanley Cup.

But hockey rinks are expensive to operate, and several in the Chicago area have run into financial trouble the past several years. Black Bear’s predecessor, Blackstreet Capital Holdings, bought Seven Bridges out of foreclosure.

Black Bear often seeks out rinks that need additional investment, whether it involves overhauling refrigeration equipment or fixing up locker rooms. Owners of many privately held older rinks have either been unable or unwilling to spend the money needed to maintain the properties, creating an opportunity for an investor that can and will.

“This fits with our model of buying older facilities that need some money to bring them up to modern standards," said Gunty, a former investment banker and private-equity executive who founded Black Bear in 2015.

He declined to say how much Black Bear paid for the arena at 5505 127th St., just west of the intersection of Interstate 294 and South Cicero Avenue. The property includes a full-sized hockey rink and a studio rink.

“Due to the age of (Southwest Ice Arena) I believe this was the best decision for the rink moving forward, knowing that major capital improvements will be addressed as they are needed," rink owner Frank DiCristina wrote on the arena’s Facebook page. “Black Bear will embark on capital improvement projects which will extend the life of SIA for years to come."

DiCristina will join Black Bear as a vice president in charge of the firm’s four Chicago-area rinks. DiCristina, who did not return a call, has worked in the rink business for more than three decades.

“One of the most attractive parts of the deal is we get Frank," Gunty said.

Black Bear also aims to reach a long-term ice rental agreement with the St. Jude Knights, the youth hockey organization based at Southwest, he said.

Gunty’s entry into the rink business a few years ago was serendipitous. His private-equity firm, Blackstreet Capital, which specializes in buying and fixing distressed companies, was simply being opportunistic when it decided to pursue the opportunity to buy Seven Bridges out of foreclosure.

“We didn’t approach it as a plan to build a hockey business," Gunty said. “We just thought we found a great deal."

But Gunty, who played hockey as a boy and coaches his sons, decided that he could build something bigger. The firm owns nine rinks now, including five in New Jersey, Pennsylvania and Maryland, and Gunty said he aims to buy more.

But it has been a risky business, especially for groups that have built expensive new rinks in the past decade or so. Unable to cover their high debt costs, the Leafs Ice Center in West Dundee and International Ice Centre in Romeoville both wound up in foreclosure. The Romeoville property, which has three sheets of ice, was sold in 2011 for $3.7 million after being hit with an $18 million foreclosure suit.

“A brand-new facility is not able to charge any more than a dumpy old facility," Gunty said. “The rink business is much like the luxury hotel business—you don’t want to be the first owner. You want to be the second or third owner."