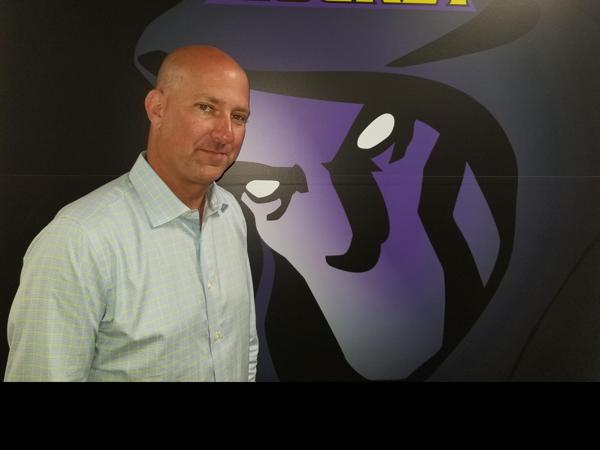 “The Phantoms, and the USHL in general, are all about providing young men the opportunity to play junior hockey while fulfilling their dreams of playing college hockey or being drafted by the NHL,” said Andrew Goldman, the new executive. “Events like this help to provide those components to the players.”

One-hundred-forty-four golfers participated and a banquet with a silent auction followed.

Kevin Kuby, senior vice-president of operations, said, “We’re really excited about the opportunity to invest in the Youngstown Phantoms. We think it’s a great hockey club and we’re excited about partnering with Bruce as well.

“We feel that this club has a lot of opportunity for growth and it gives us an entree into the [USHL], which we’ve been looking for to augment our investment strategy.”

“We’re honored to have this new group from the Washington, D.C. area,” Zoldan said.

“Murry Gunty has put together an outstanding group of former sports and business leaders as they are really connected and committed to hockey and ice arenas throughout the United States."

“They own multiple rinks, a couple other hockey teams and have deep pockets.”

In March 2014, the Loneys purchased half of the Phantoms from Zoldan and ran the day-to-day operations.

“I enjoyed my partnership and affiliation with Troy and Aafke,” Zoldan said. “Troy had a job offer that he couldn’t refuse.

“Black Bear Sports Group wants to see hockey sustain itself here, they want to see it grow and they would like to see the team be profitable, which I am going to work very hard with them to turn this into a successful business entity in the Mahoning Valley.”

Zoldan remains passionate about helping his players and is pleased with how the Sticks to Clubs outing has been embraced.

“I’ve been in the business the past 15 years or so with different hockey teams and never have I made a profit,” Zoldan said. “It’s always been the contribution to our community to have high level, young hockey here in Youngstown.

“The only goal I have, the mission I have is to get scholarships for these young men to go and play at an NCAA Division I school and knowing that they started out in Youngstown, Ohio.”

The recent NHL Draft saw three Phantoms selected. Goaltender Ivan Prosvetov (Arizona Coyotes) and forward Curtis Hall (Boston Bruins) were taken in the fourth-round and defenseman Michael Callahan was taken by the Coyotes in the fifth round.

In the spring, the Phantoms advanced to the USHL’s final series, the Clark Cup Finals, where they fell to the Fargo Force, 3-1.

“We’re looking to build off last year’s success,” head coach Brad Patterson said. “You get two more wins and we’re talking about a championship and that’s what you want to do at the start of the year.

“You want to put yourself in a position that you’re going to compete for a championship,” said Patterson who begins his third season as head coach. “That’s what we strive for and I like the group we have coming in.”

Patterson said the new owners have “been a great addition. They’ve come in, are very upbeat and positive and have brought a new energy around the rink so we’re really looking forward to the season.”

He also appreciates the support received from the golf outing.

“There’s a ton of support that comes through here,” Patterson said. “You see so many people that are familiar faces and who support us in different fashions, whether it’s through sponsorship or coming to the rink via tickets and that pays off.”