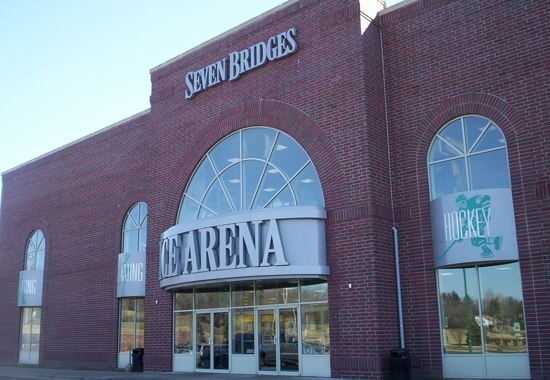 Seven Bridges Ice Arena is a year-round indoor two-sheet ice arena. It is home to numerous youth hockey and figure skating clubs. The Facility also contains a popular turf field used for indoor soccer and the Blue Line Bar and Grill restaurant. This also contains an off-ice workout area and locker rooms dedicated for its Tier 1 and High School hockey teams. The Company purchased the debt of the Facility months ago and recently completed a successful foreclosure on the property.

“We’re honored that Team Illinois chose to make Seven Bridges their partner,” said Murry Gunty, CEO of BCH. “We look forward to turning the Facility into a true home for Team Illinois’ players, coaches and families. We are excited to finally have an anchor tenant who is looking for a long term partnership. This will enable us to return the Facility to its place as the best venue in the Chicago area.”

Blackstreet Capital Holdings, LLC is a Chevy Chase, MD based diversified holding company run by Murry Gunty and Lawrence Berger. BCH currently has equity and debt holdings in education, consumer finance, and sports and entertainment. Gunty and Berger have deep experience buying companies that are either underperforming, in out-of-favor industries or are undergoing some form of transition. BCH seeks investments in a range of industries, including education, manufacturing, sports and entertainment, distribution, ecommerce, and franchising.

Team Illinois is the most respected Tier 1, AAA Hockey Organization in Illinois. Team Illinois participates in the most competitive AAA league in the United States. It is called the High Performance Hockey League. Is widely recognized as the most prestigious tournaments in North America.